Eating a healthy diet during pregnancy, in addition to being the best for mom and baby , also helps prevent certain short- and long-term complications, such as gestational diabetes or childhood obesity .

To do this, it is important that in addition to following the food recommendations for a healthy pregnancy, the mother has the support of her environment, because as shown by a new study , the father’s diet can also influence the baby’s health .

Published in the scientific journal Nutrition and Dietetics , the study analyzed the eating habits of almost 200 women and their partners during pregnancy, with the aim of discovering if the father’s diet had any influence on the health of the baby.

According to the researchers, what the father eats can also influence the long-term health of the baby, as the study found that women were more likely to meet the recommended daily dietary guidelines if their partners did too .

” Healthy eating during pregnancy provides the baby with an important foundation for good health in the future, but many pregnant women do not meet the recommended Australian dietary guidelines ,” says Professor Vicki Clifton, one of the study’s authors in an interview for ABCNews .

” Our research suggests that better education and support for couples could help improve the eating habits of mothers-to-be, which in turn will make the baby healthier and reduce the risk of disease in the future ” .

The results of the study remind us that when it comes to starting or maintaining good habits, the environment also plays an important role in achieving it, and in this particular case, the father’s diet indirectly influences the food the baby receives during pregnancy . .

Pregnancy is a matter of three

As we have commented on many occasions, in pregnancy there are three people who have an important role: mom, dad and baby. In the case of nutrition, the mother and father are responsible for the baby receiving the necessary nutrients for its healthy development .

For this reason, it is important that as a couple they support each other and that together they do everything possible to live this beautiful stage in a healthy and positive way. Here are some tips and recommendations that you can follow as a couple to maintain a healthy diet during pregnancy:

Although during pregnancy we can continue to eat many of our favorite foods, it is important that during this stage the mother feels supported and what better than improving and establishing good habits together . 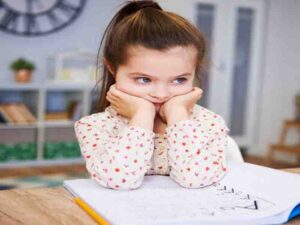 To have a happy birth: seven things you should avoid during labor 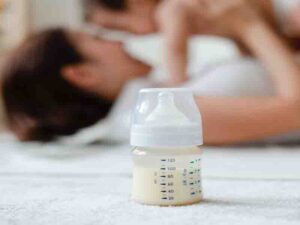 Blood tests in pregnancy: why are they performed in each trimester 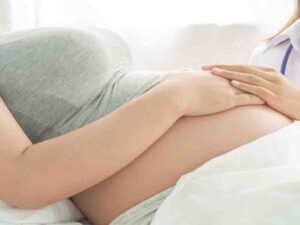 The pilates ball in childbirth: how its use can benefit you during labor