Just over a year ago I made a decision whose origin I no longer remember. I decided to start on instagram. Not in a personal capacity but well and truly determined to win a few last ones.

In fact it seems to me that my first intention was to sell instagram accounts then very quickly I took a liking to the game. I launched @motivated.man, a success/motivation type account of which there were already too many. You know this kind of account generally held by Indians which is simply made up of inspiring quotes overlay on photos of Lamborghini.

I nevertheless rushed headlong, chaining all the bullshit of the perfect beginner (purchase of likes, followers, use of bots and so on).

But despite my crude way of doing things, I still realized that my growth on Instagram, although artificial, was making people envious. So I looked for a way to sell my “Instagram Management” service and it was finally on Fiverr that I set my sights. So I created my first gig which was called “I will provide you with Instagram followers”.

I barely had time to write the presentation of my Gig that I had already been banned for violating the conditions of use of instagram.

Damn, back to square one.

Finally in theory I should have gone back to square one but as I’m stubborn like a donkey I tried again, this time talking about “professional instagram account management”.

And this time it happened on its own. Like what stubbornness can sometimes be good. The problem that I obviously hadn’t thought about was that with a catchy title like the one I had just laid, it was more in my interest to provide quality service.

Clearly the fake followers pack would not pass. On Fiverr your ranking and therefore your number of sales essentially depends on your overall rating and your number of orders in progress. The fake followers would have probably earned me a “1* Poor experience” type sanction from the very first moment. You might be interested in how to rank Fiverr gig on first page of Google by Shaz Vlog.

So I learned about other ways that existed to grow an Instagram account in a cleaner and more honest way. And I actually found some of them: influencer marketing, mass following, hashtags & location targeting etc…

I now had the supply and all I needed was to make sales. As I told you just before, your ranking depends on your ratings and your number of orders in progress.

So I once again tricked myself into creating a few fake fiverr accounts on the fly, I bought myself my own gigs so as to leave me a few 5-star ratings and a few orders in progress.

The first results were felt quickly, I had a few orders a day and I would have had enough to live off of that. Very quickly I arrived, thanks to a few small hacks, at more than $7,000 in orders in progress, or more than $5,000 per month.

I managed to rise among the top sellers in the “Digital Marketing” category. Faced with this effervescence, I also launched a service for Twitter, which didn’t take much time to take off either.

Why I Quit Fiverr

Today I stopped Fiverr for 2 reasons, the first being the impossibility of subcontracting the tasks and the second being the immediacy imposed by Fiverr and which definitely did not suit me.

Indeed on Fiverr all the small budding entrepreneurs allowed themselves to speak to me in a somewhat haughty way that got on my nerves from time to time.

Ah yes, another reason that I could add to this list is Fiverr’s lack of recognition towards sellers. They took the liberty of threatening me several times for trivial matters when I still brought them more than $1000 per month (fiverr takes 20% commission).

But Fiverr still allowed me to get into other activities and make enough money to calmly devote myself to something else.

If you too are considering getting started on Fiverr and need advice on this subject, don’t hesitate! Fiverr is a great platform to start on the internet (but really to start). Go for it! 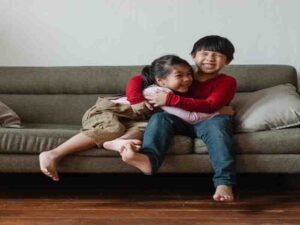 50 short and bad jokes to make children laugh, according to their age 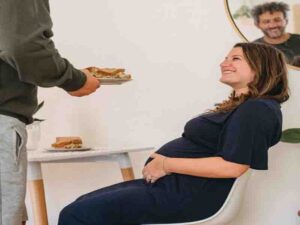 15 negative phrases that you should not say to your children 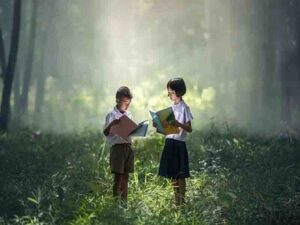