Magic has the ability to amaze everyone equally , the older ones and the younger ones. And it is that, who does not enjoy seeing how the impossible becomes possible? When we see magic tricks we all return to being children excited by such a show.

“Children see magic because they look for it.”

In addition, magic offers the wonderful possibility of sharing quality time with our children, while we learn, have fun and surprise others.

If you want to learn how to do some simple but very fun magic tricks with your little ones, continue reading. And above all, remember that in magic, one of the most important things is how we do the tricks, being discreet and the “magic words” that we use.

One of the easiest tricks to do and that will surely surprise everyone, is to make an ordinary pencil look as if it were one made of rubber. Surely you have seen this trick, but make no mistake, it is still very entertaining.

For this you only need to have a regular pencil, one of those that you surely have at home. Verify with the others that it is a solid wooden pencil.

Grab it with your thumb and forefinger a few inches from where your eraser is (estimate about 3-finger spacing).

Then start moving it steadily from there, moving from bottom to top without stopping. After a while, it will seem that the pencil has been transformed and that it has ceased to be solid to become a kind of moving eraser.

“Never doubt magic. The purest and most honest thoughts come from children, ask them if they believe in magic and they will tell you the truth.”

Guess the letter the child is thinking of

This magic trick for kids only requires a deck of playing cards. The steps are the following:

Once these steps have been carried out, the card that the child has chosen will be the one that occupies the middle place in the deck, that is, it will have 10 cards on top and 10 below.

From this moment on, the magician can choose the most creative way to make it known ; for example, saying that he notices a special energy, that weighs more on his hand, place all the cards on the table face up except the one he will put face down, etc. Try it, you will be surprised!

This trick is simpler, and consists of ” making a plastic cup fly “.

What we will do is make a hole in the back of the glass so that the little magician can insert one of his fingers and thus, it will serve as an invisible hold.

Of course, we recommend that an adult take care of making the cut to avoid accidents.

Cards are one of the favorite elements of magic lovers, and they are the perfect instrument to entertain and amaze others. Magnetic Hands is a simple trick that can make it appear that your hands can magnetically attract the cards , without actually holding them.

For this trick you need a deck of regular cards and one of them you must cut a small tab in the central part. This tab should be towards the back, and it is very important that you glue another card to it in front so that the small hole that will remain is not noticeable.

Once this is done, show several cards and choose “at random” one of them (the one with the tab) and very surreptitiously place the small tab between your fingers to hold it. Then, drop the rest of the cards if you’ve used several, and this one will stick to your hand.

You can do it with just one card , without using any more, and as they develop more skills, you can use more and even do the trick with multiple cards sticking to their hands at the same time. Much more interesting.

This magic trick consists of making the colors of a pen disappear. To do this, we will use a paint box, the size you want. We will take out all the colors and fix them with tape right in the middle.

Adults should take care of the next step; With the help of a knife, you must make a single cut in half just where the tape ends, dividing all the paintings.

What interests us is to stay only with the paintings that are covered by the zeal; It will be time to put them back in the box.

As you can see when doing the trick, when you let go, the colors will fall down and appear to have disappeared, in such a way that if you turn the box again, it will seem that they have reappeared.

For this trick you will need several balloons, they can be any color you want. Inflate them and one of them (the one that will stay with you) you place a small piece of transparent plastic tape in a hidden place . It is important that it is easy for you to find the place where you placed it later.

Then ask everyone to stick a pin in their balloon, and what will happen is that everyone will pop except yours. For this you must puncture the balloon with the pin right in the place where you placed the plastic tape, but remember that you must not remove the pin.

Just poke it and leave it there. But remember that before doing it you must say your favorite magic words that serve as a spell for the trick to work. You can decide what your words will be, or maybe go for a popular but infallible: Abracadabra !

For this magic trick for kids you need a coin, a handkerchief and to have a shirt that has pockets on the chest. You just have to show everyone the coin and the scarf, showing that there is nothing special about them.

At some point, you pick up the coin with your handkerchief and very surreptitiously carry it to your pocket where you will drop it and yell: Voilà ! And shows how the currency has magically disappeared. You show the handkerchief everywhere and your hands.

“Magic is believing in yourself, if you can do that, you can make everything happen.”

Through this trick, children will be able to create a magic tube from which handkerchiefs, figurines and other elements emerge.

To do it, you will have to do the following: we create a cylinder with a sheet of paper (one side is a little smaller than the other).

We glue it with tape and cover it , making another cylinder on top with another different sheet (this one with the same dimensions on both sides).

We will help ourselves with zeal to fix the paper; The hole left by the interior of both cylinders will serve as a secret hiding place, so that we can introduce everything that we want to come out of the magic tube. Once we have it, it ‘s time to experiment and enjoy with the children!

This trick is a bit different; It is more visual, ideal to surprise the little ones. You just need your own body and a wall!

To do this, you will have to press your arm against the wall and push trying to lift it for 30 seconds. When you stop pushing and lower your arm, you will see how it “magically” rises upwards and without the slightest effort.

This curious trick is based on a scientific rationale called “Kohnstamm’s illusion “. This foundation explains the fact that the brain still has the command to “raise your arm” in its memory ; what happens is that, when we stop pressing, the muscle still has that order in the brain, and what it does is execute it on autopilot.

And you, did you know any of these tricks? Do not forget that magic is everywhere, and that thanks to it you can have very special moments with children, without needing many things. Take advantage of these moments, ideal to learn, enjoy, laugh and be happy . 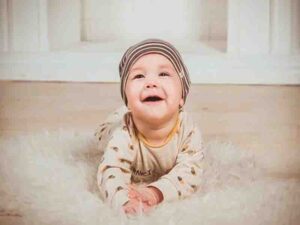 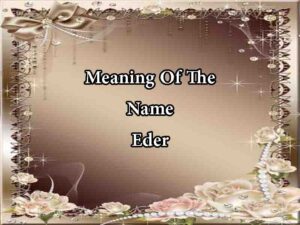 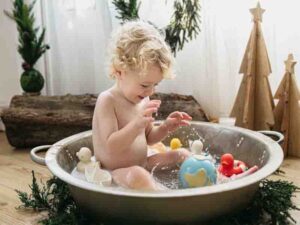 Seven tips for your first year of parenthood, from a former first-time parent